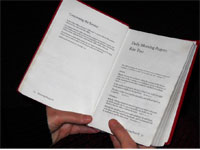 Episcopalians believe so many different things that people joke that "you don't have to check your mind at the door" of an Episcopal church.  But the reason is because we value the gradual process of "forming a conscience" on questions of morality and ethics.  As an Episcopalian forms his or her conscience, he or she explores scripture, the tradition of the church, and uses reason, or the personal ability to think things through.

At St. Luke's, we particularly value the breadth of Episcopal beliefs.  Some of us are progressives, some liberals, and some are staunch conservatives (both politically and theologically).  Our goal here is not to change someone's beliefs, but to live out our church mission statement "A Caring Community, Growing Together and Sharing God's Love."

At the same time, we agree on certain core beliefs.  When the Episcopal Church first entered into dialogue with Christians of other churches back in the 1880s, our Bishops published a statement about the "sacred deposit" of our faith.  It including these four core beliefs:

The Holy Scriptures of the Old and New Testament as 'containing all things necessary for salvation;' and as being the rule and ultimate standard of faith.
The Apostles' Creed, as the Baptismal Symbol; and the Nicene Creed, as the sufficient statement of the Christian Faith.
The two Sacraments ordained by Christ himself, Baptism and the Supper of the Lord (also called Eucharist, the Mass or Communion), ministered with unfailing use of Christ's words of institution and of the elements ordained by Him.
The Historic Episcopate, locally adapted in the methods of its administration to the varying needs of all nations and peoples called of God into the unity of His Church. 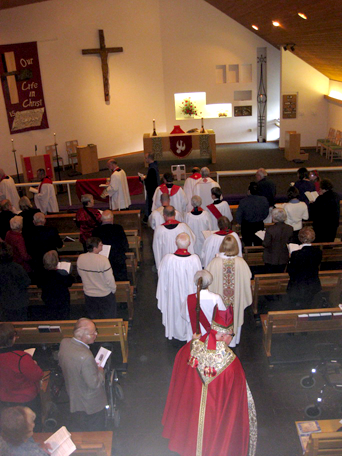